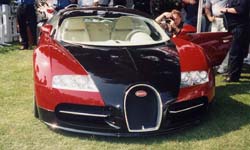 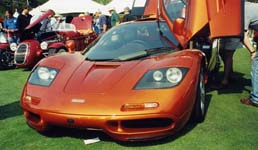 Some of the most popular pages on this site are in our Automotive section. Folks seem to enjoy our coverage of car shows, concours, races, etc. (Cars above are Pininfarina Mythos show car, Bugatti Veyron prototype, production McLaren F1.)

As a member of the RAV4 EV mailing list, I did a survey of other owners of this wonderful 2000-era Toyota electric SUV to see how many were using solar panels to charge their cars and power their homes. The results in 2003 were that about half who responded used solar energy to charge their electric cars, resulting in actual zero emissions transportation.

A great idea against malware are bootable USB flash drive-based malware scanners and cleaners. I expect these may have a major, positive impact on Windows security worldwide, particularly FixMeStick.

If you use Windows, I urge you to use one or both of these. Many people have had their bank accounts stolen using malware on their Windows PCs. (BTW any computer is vulnerable to malware: Android phones, Apple phones, Mac computers, Linux machines, tablets, anything with a phone or Internet connection.)